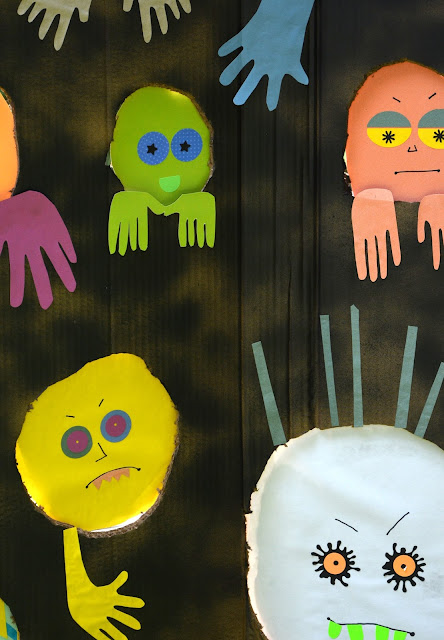 Just before the kids arrived for Grandma Camp, I heard some unsavory rustling in the woods behind my house.

You can imagine my chagrin. Three young campers, aged six and under, would soon be exploring those woods, filling nature sketch pads and leaf collection folders, stooping to examine interesting insects by magnifying glass on the floor of that normally inviting expanse.

But now something had to be done! And soon!

I constructed a wall from the cardboard Kaylee's crib came in. It's quite wide - nearly 12 feet - and over 5 feet tall. There! That should keep those creepy intruders at bay I concluded, retreating to welcome my contingent of happy little campers........ 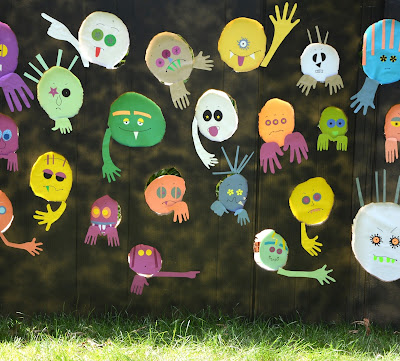 But not so fast, grandma! In an unsettling development mere moments later, I found myself staring, horrified, at the peep holes those creatures had clawed and chewed into my wall!

They were watching us!!! 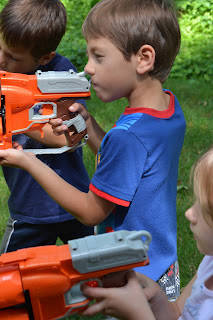 To the zombie gun locker I flew! I hastily handed weaponry to the kids and shouted, "GET 'EM!" The pending invasion was no match for my little sharpshooters. A blizzard of Nerf pellets rained down on those grasping, clutch-y fingered brain eaters! The kids picked off those vacant stares and toothless grins like there was no tomorrow. Last we saw, nearly two dozen unhinged un-dead were headed for the hills, shrieking in unearthly wails of terror.

And for that I am very grateful. I'll be able to sleep again tonight. At least for awhile.....

Join me right here for Part 3 of Grandma Camping!
Posted by J at 1:28 PM