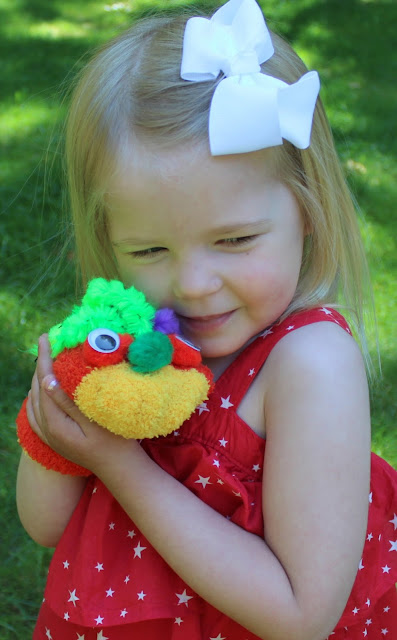 Grandma Camp was served up in two parts this year. I was delighted that a trio of little girl cousins, all age three, were anxious to take a turn with me. Ava, one of the twins involved, took special care to emphasize to her brothers that they would not be present during "Ladybug Camp." Only girls this time! Only Ava, sister Angeline, and cousin Kaylee! "No boyz allowed!"

And so it happened! Ladybugs enjoyed a two day, overnight camp that specialized in things little girls like to do. We baked and we crafted, but our biggest excitement was preparing for the puppet show that would follow a display of magic demonstrated by the "big kids" - older twin brothers and cousin Brielle. That entertainment package wrapped up a solid week of Grandma Camping for two groups of three each! 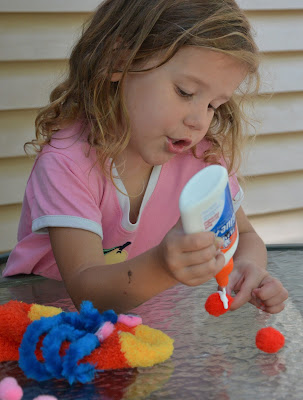 Puppet Making Workshop ingredients: a generous supply of yarn and pom poms and wiggle eyes and glue - and a colorful sock for everybody! At this age, the girls chose colors and I attached yarn hair with a few hand stitches. But gluing was a job for the ladies - one they relish! 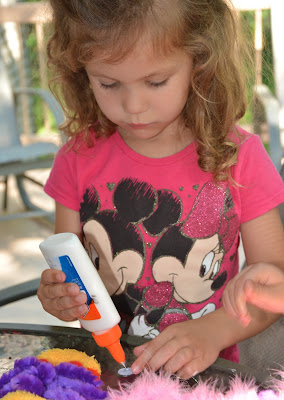 We practiced a little skit once each sock developed a personality of its own. Accompanied by a pre-school song, our show was stage-ready! 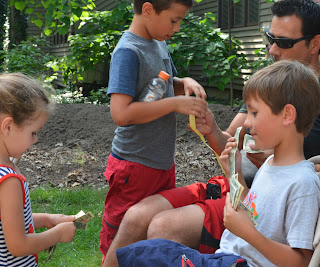 While I flipped the header on our home made stage during a brief intermission that followed the magic show, parents, aunties and uncles, cousins, and siblings engaged in the energetic sale of tickets that precedes all of our talent productions! 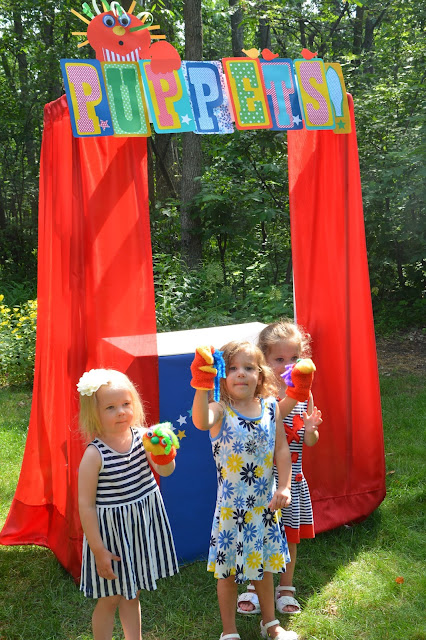 Introductions before stepping behind the stage for a vigorous performance...... 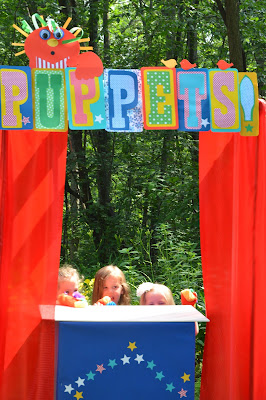 And grandma's review? So proud! Just very, very, very proud of them all! 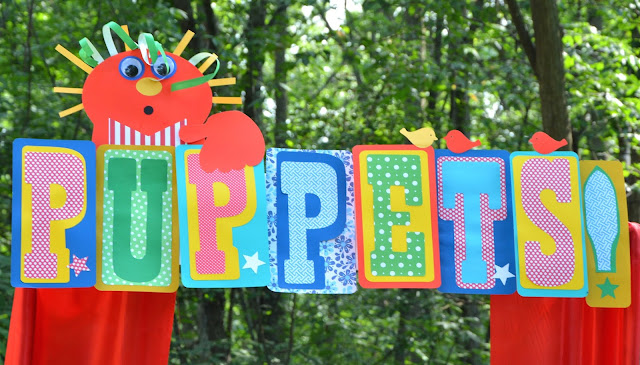 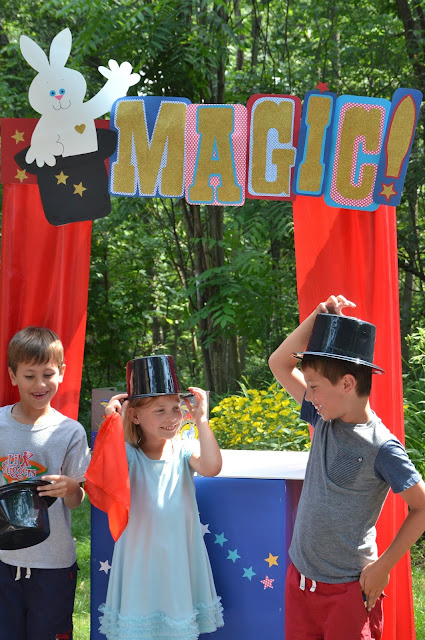 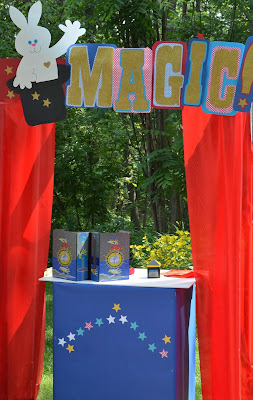 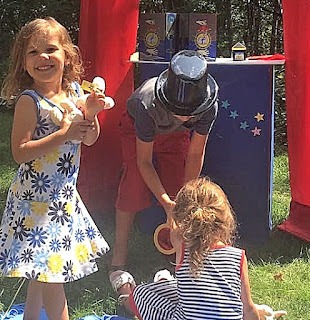 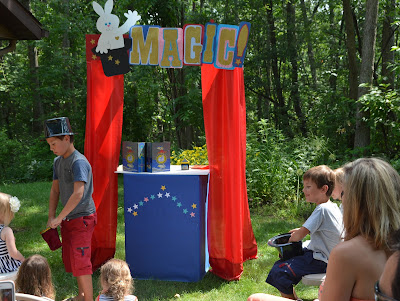 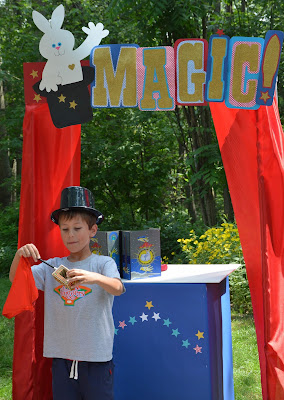 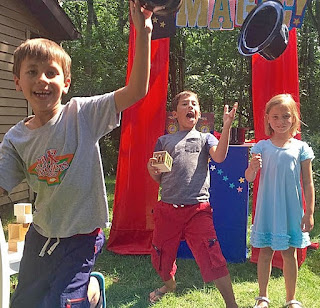 
*The magic set we used is made of quality wood, packed inside a box suitable for stage use. This is not a sponsored post, but the Melissa and Doug toy is here, on page 13, of my Amazon shop. 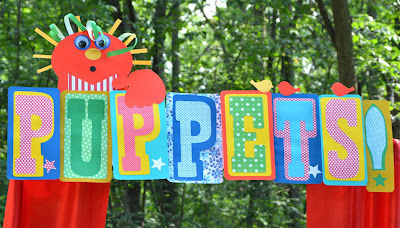