Even though everything, including the tree, goes up the day after Thanksgiving, it never really feels like Christmas around here until I host Grandma's Annual Cookie Baking Party! It's for my daughters and grandkids only...daddies stay home, eagerly waiting to see what tasty stuff returns by the dozen later on in the evening. Traditionally we meet on a Friday at 5 PM, enjoy a light dinner, and then bake our little hearts out amid a level of fun and laughter exclusive to the close company and this beloved season of the year.

It helps to be a veteran of two previous parties. Each one brings improvements based not only on experience, but on increasing abilities of the three oldest grandchildren who participate. For example, I decided after last year to pre-bake the sugar cookies that we'll decorate. Kids love to roll and cut the dough, but waiting for each sheet to bake and cool doesn't work! This year they jumped right into the best part, knowing exactly where to put the frosting and sprinkles...... 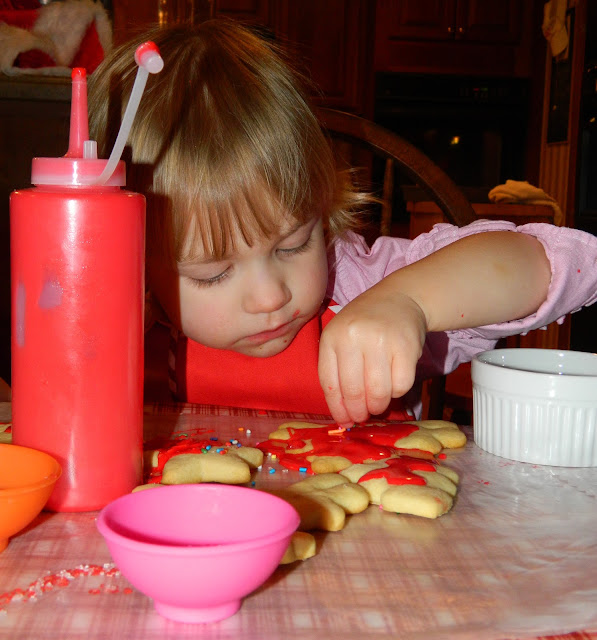 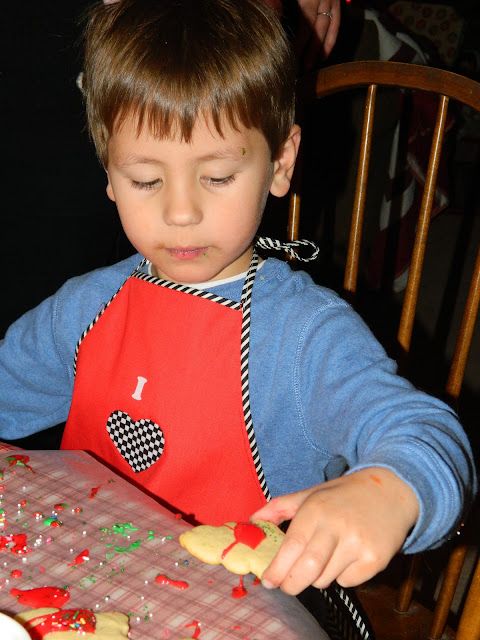 At ages two and four now, the kids are pretty self sufficient so I was able to add extras to the menu. Each daughter was handed a ball of dough that yielded a dozen or so peanut-eared Christmas mice, and a red spiraled log to slice and bake into pinwheels. Butterscotch pudding "gingerbread men" were another choice. 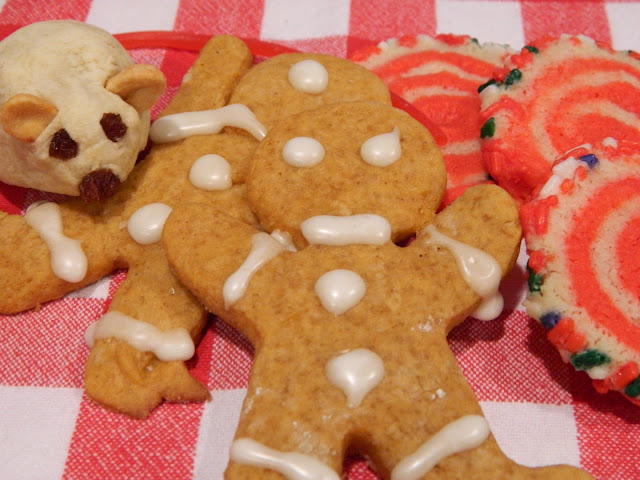 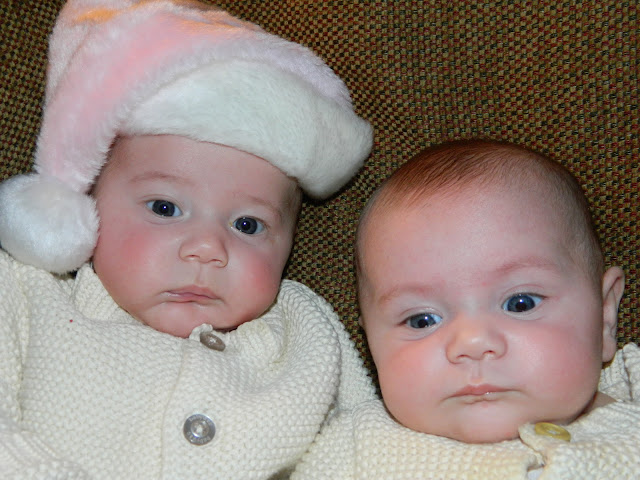 Christy had a great idea. She suggested that we make keepsake Christmas ornaments each year. Her choice was a handprint cast in air dry clay that becomes a happy Santa face once grandma whisks her magic paintbrush across the surface. 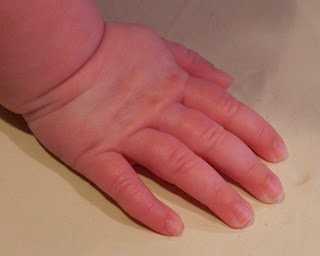 Ava placed her little hand on the surface of thinly and smoothly rolled air dry clay. 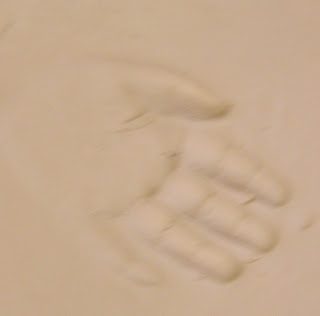 We gently pushed to make an impression. Then I used the rim of a jar as a cookie cutter to make a circular ornament.

Oh, Santa!.....his friendly face was everywhere! Not only did those big old cookie jars go home with each family, but hand made aprons declared devoted affection for that jolly old elf! I traced a dollar store kid's apron for the pattern, trimmed them in bias cut fabric, appliqued hearts, and ironed on letters to complete the set of three. 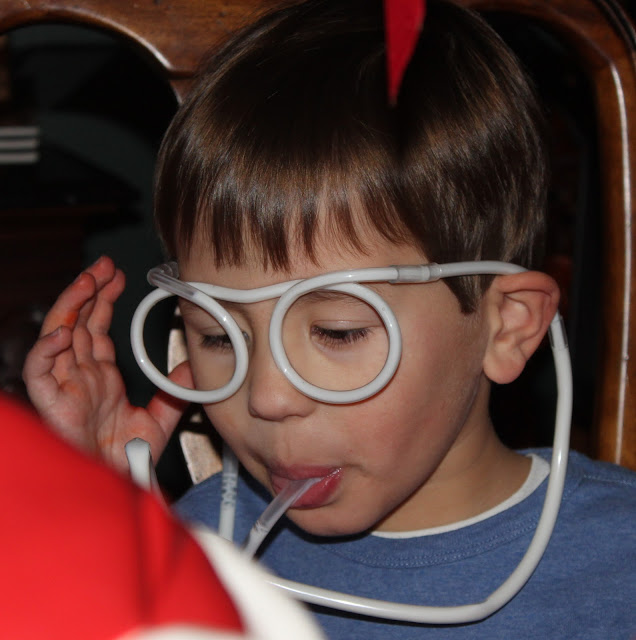 It's fun to add new things to make and do every year, but one thing about Grandma's Cookie Baking Party will always remain the same. Mommies sincerely appreciate the opportunity for their kids to enjoy the tradition of seasonal baking alongside their cousins, aunts, and grandma...everything ready to go without having to squeeze the preparation, the mess, and the clean up into the busiest month of the year. That's grandma's job!.....and I love it!

Here and here are stories about last year's event!
Posted by J at 4:04 PM