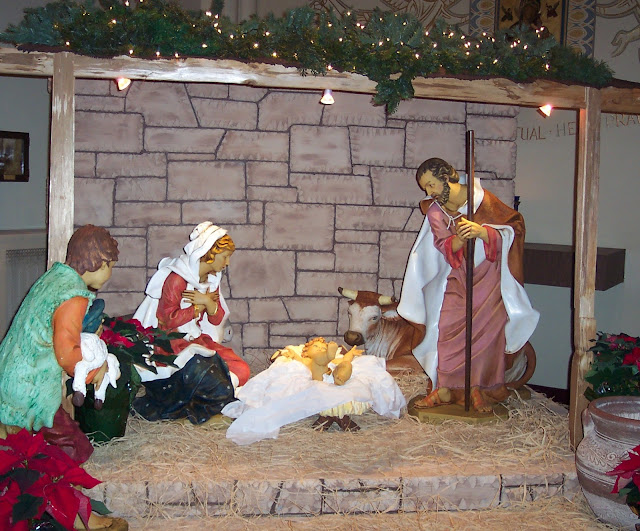 Love waits and forgives and understands, and chooses to be born in a plastic trough filled to the brim with strands of straw by three imperfect sisters who, with all their hearts, believed in him then, and believe in him now.......
Posted by J at 7:42 AM