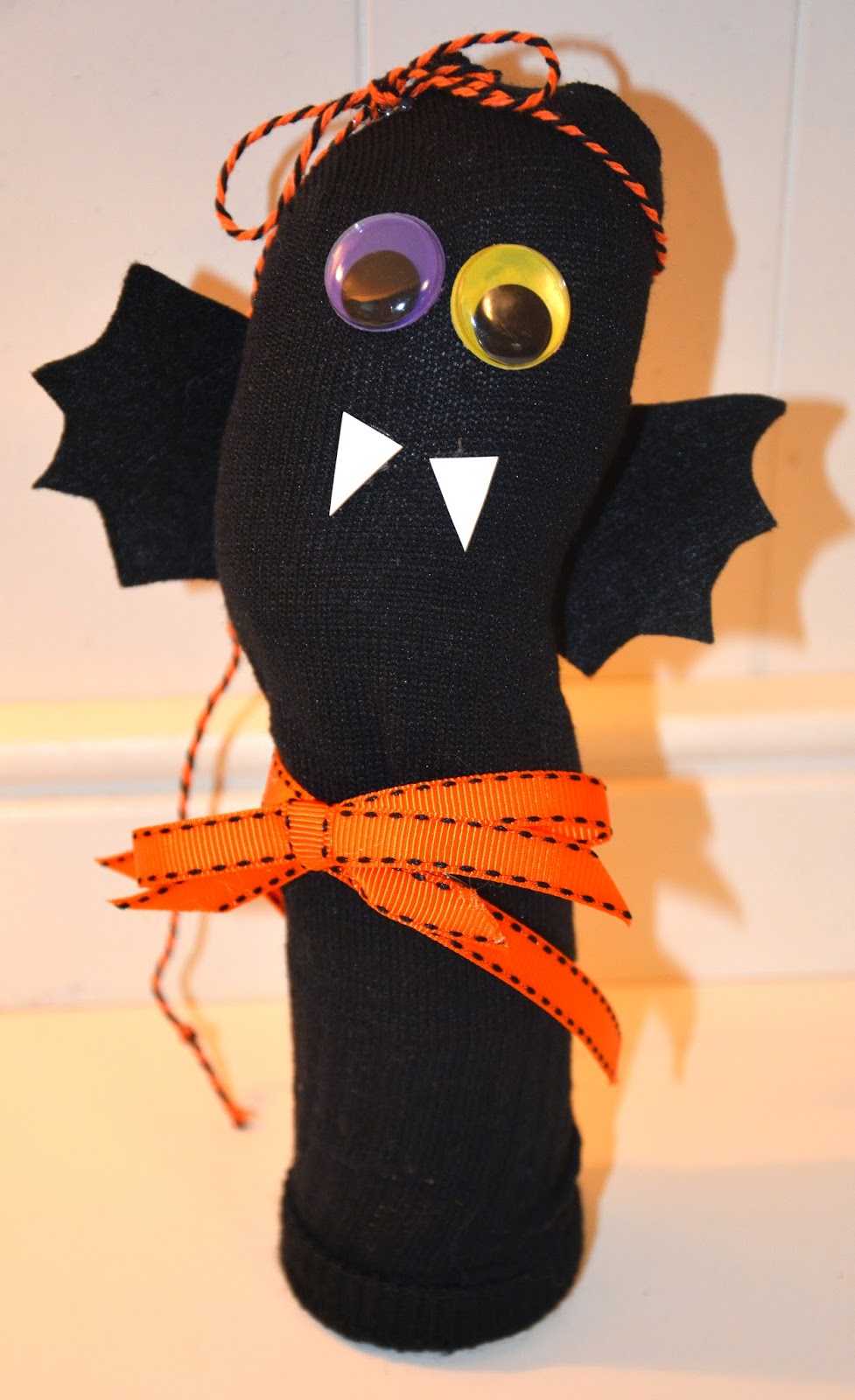 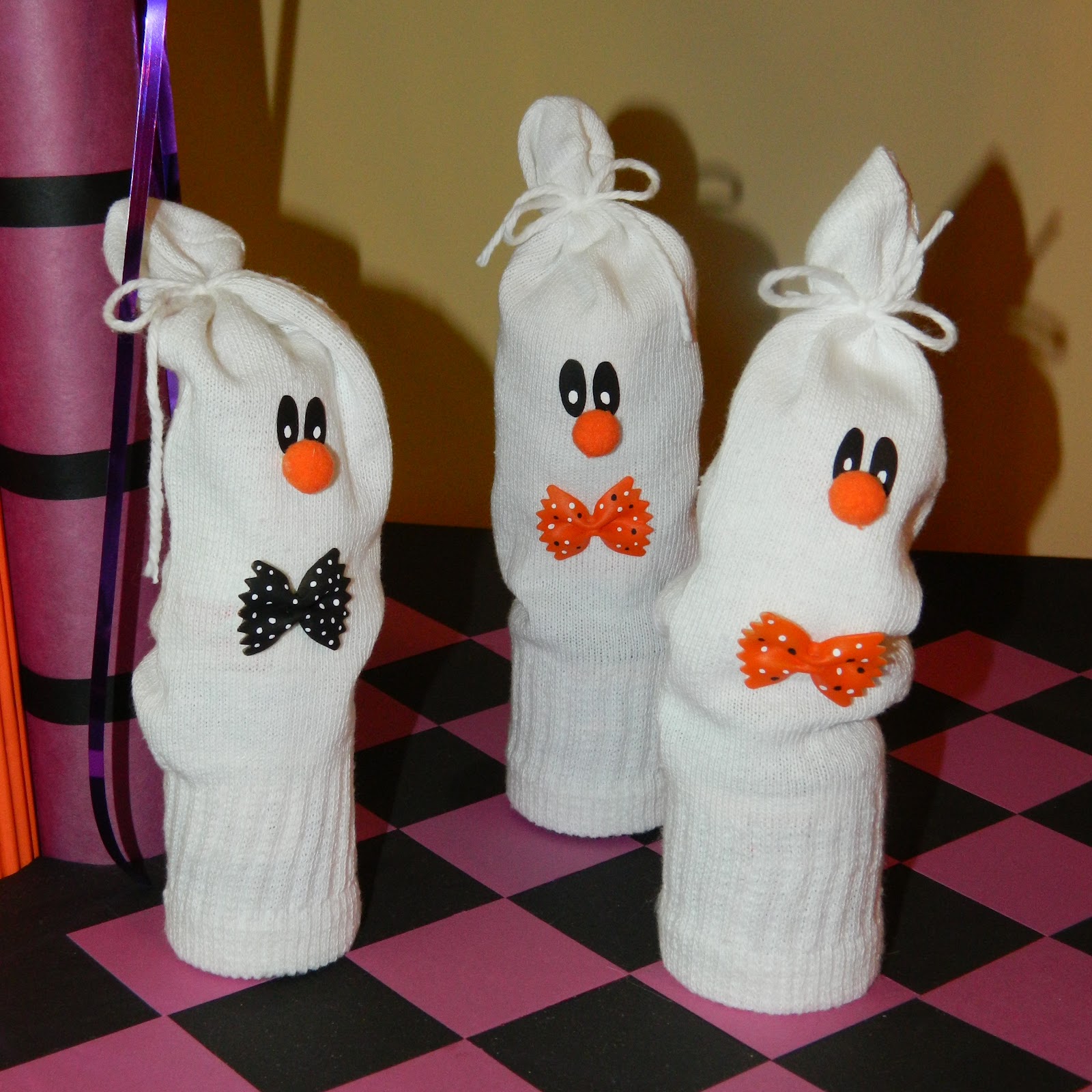 Things are getting a little batty around here and this time it's not just grandma who's being eyeballed as the culprit! Our Spooky Theater has made its seasonal appearance and the ghost-puppets-in-residence have wailed and waited long enough for a new character to join the cast. We already know (yawn!) that big kid ghosts wear BOO-jeans and baby ghosts crawl around in BOO-ties while their mommies shop for food at the "ghost-ery store." But did you know that bats go to school to learn the "alpha-bat," love doing "acro-bat-ics" and invite their friends to "come over and hang around?" Probably not! 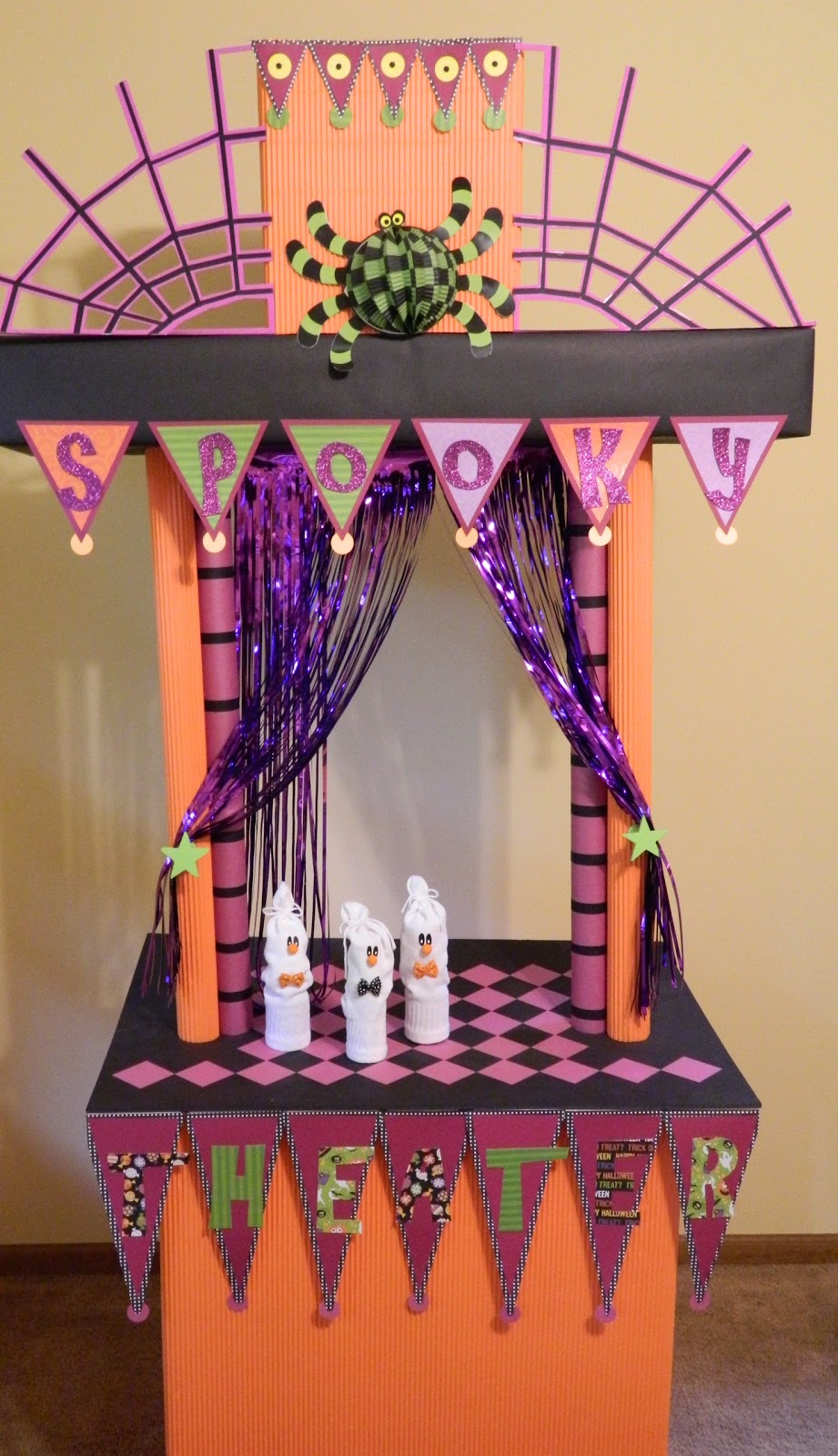 Its been my discovery that the best source of Halloween lore is on stage at a kids' puppet theater. Gathered behind the screen is a squirming, giggling, wiggling and worried crew, just waiting for kick off. Gathered in front of it is a sipping and nibbling rapt audience; grandparents, aunties, uncles and baby cousins. They've paid good money for admission, tasty apple cider and fresh homemade donuts, anxious now to find out "which animal is best at baseball?!"*

A home made puppet show is such an endearing endeavor, engaging grandma and the kids in a satisfying series of tasks that spark creativity and hone organizational skills at every age level. If you don't want to bother with a stage like mine, just curtain a doorway with fabric lengths gathered on a spring loaded rod. We've relied on comedy and joke-telling performances so far, and the puppets have all been made by me. Perhaps next year the kids will take a stab at making their own sock characters and writing an original story script.

I've added instructions for a sock bat puppet here, where you'll also find our ghosts and step by step photos for constructing a Spooky Theater. When the grandkids join me for dress rehearsal on the eve of the performance, we make cute and tasty mini-donuts on this nifty little appliance (see page 8) and sell them at our show's refreshment stand along with cups of cold cider.

*And I won't keep you in suspense any longer! Which animal is best at baseball? Why, a BAT, of course!
Posted by J at 5:09 PM