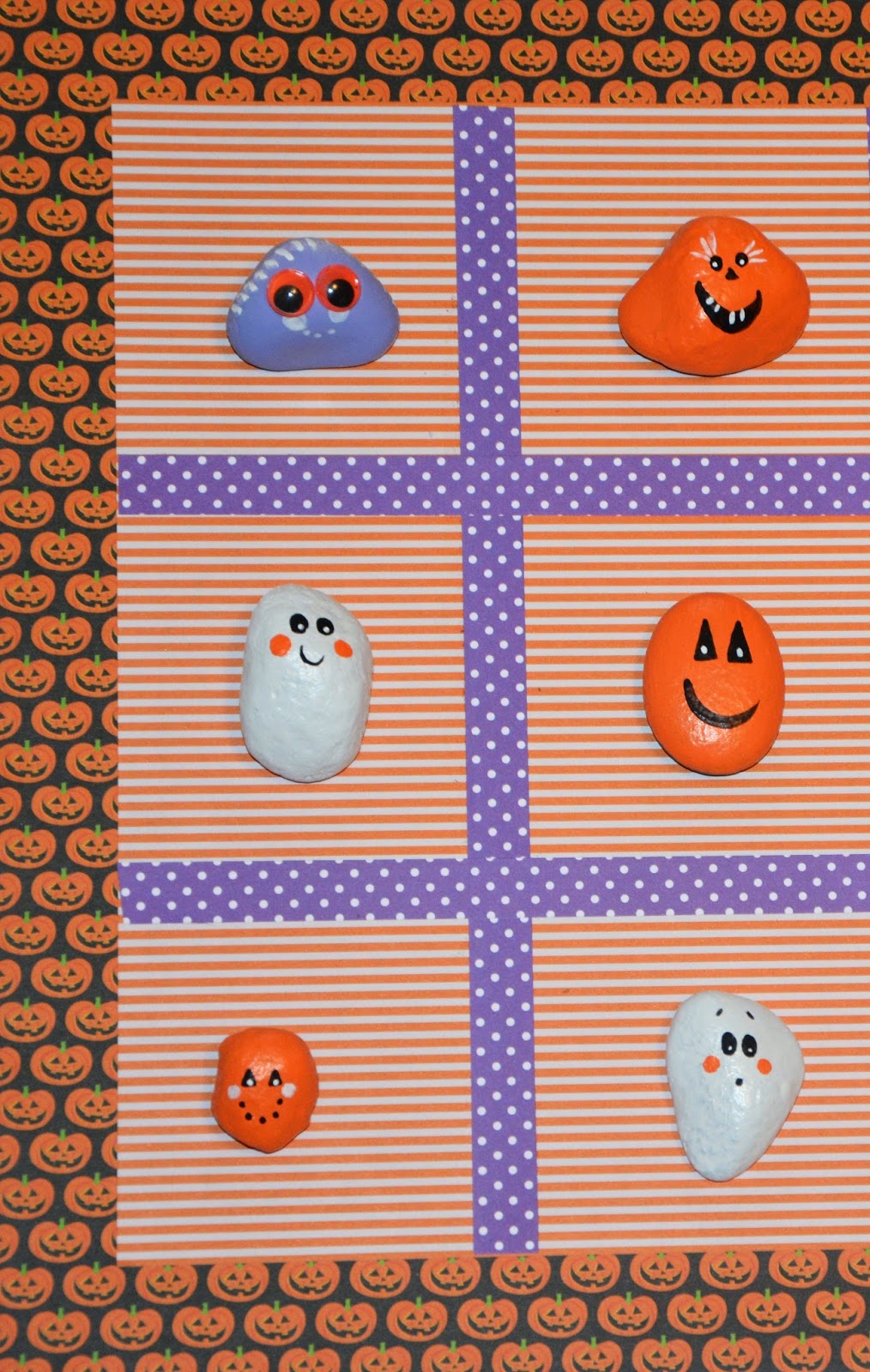 Okay! Just between us.....do your grandkids cheat when they play board games with you? Or is it just me who suspects my little darlings think I'm the one who was born yesterday? Perhaps my eyesight isn't what it used to be, but there are times I detect little hands deftly guiding the spinner to the exact number needed to leave grandma in the dust. On other occasions, a playing piece might go nonchalantly slip-sliiiding past a penalty square. In my most recent experience, "someone" decided to change game rules mid stream, announcing an extra toss of the dice to "anyone who is wearing pink socks and a Cinderella t shirt!" Well, that wasn't me. At least that day!

But this brave grandma marches on. Not only are we still playing games together, but we're making them too! This team effort began with a hike in the woods. "Find grandma a rock that looks like a ghost! How about some round ones? Nice and fat - like a PUMPKIN!" They turned them in like there was no tomorrow; my pockets groaned with every shape and size imagined by benevolent Mother Nature. Then we sorted. Painstakingly. And that's when monsters butted their way into a game that traditionally fields only two sets of combatants. "We can paint these now," I announced. And paint they did. When that game lost its charm, I was left behind to turn rocks into creatures with features for Tic Tac BOO!

So, I thought our game was "cheat proof." Ghosts play against either pumpkins or monsters. Not both. One scrapbook paper square per token. Three in a row wins. We enjoyed it tremendously, until it occurred to me that strategy isn't a strong motivator for kids who see these zany characters as a collection of personal little friends, not disposable pawns on a game board. With rules relaxed, squares filled up quickly, each with two, sometimes three, occupants. Neighbors went visiting and discussed things among themselves as the game evolved into a multilevel and far more imaginative experience than I'd ever anticipated. There were still "winners," of course, and the inevitable "losers." Oh, and the "cheater," too. Don't forget about her! She just sits here delighted, "braggy," in fact, about how honestly clever all her young grandchildren are with a pile of rocks after she's tossed that pesky old rule book right out the window! 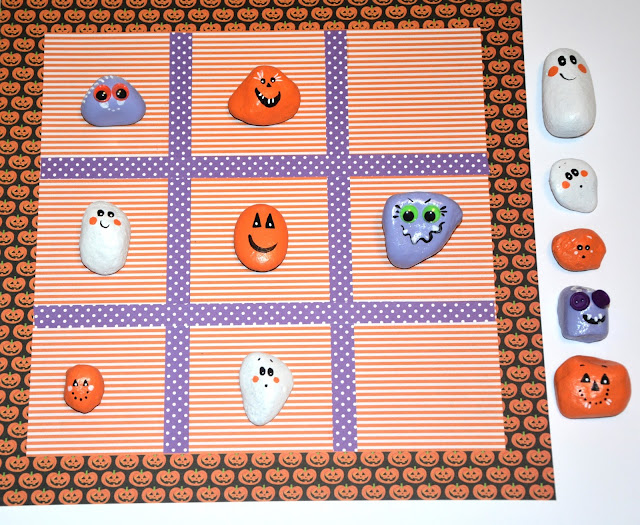