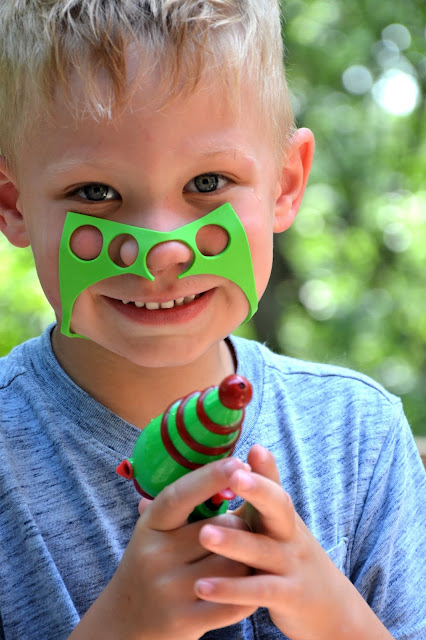 I've no idea what it's like to be "the middle kid." I'm the oldest of three sisters. The queen. The leader. The instigator. Status as the smartest one (no), the boldest (yes), or the most creative (maybe) played no part in my role. My only qualifier? I was there first. I gathered 'em in, told 'em what to do, then watched 'em obey me (wearing stuff I outgrew!). What a life!

I paid no attention to the significance of birth order until parenting advice in the 80s alerted me to its perils and privileges. I could clearly see myself in my own oldest daughter. She took that power ball and ran it with gusto. (Just ask her two younger sisters for confirmation of that little tidbit!)

It's easier to observe birth order behavior from the sidelines when you've reached the state of grandma-hood. No soccer practice pick up problems or bulging baskets of undone laundry to cloud your vision. Grandmas sit back and watch the show. And they make astute observations. About their own behavior. And that of others.

I admit to catching myself swept up in meaningful conversation with the oldest child - the one who's in school and has lots and lots and lots to say! Then there's that adorbs little toddler. OMG. What's he doing today that's soooo cute 'n funny? Here he comes now, struggling into my lap, gurgling away, picture book in hand. Awwww! He wants me to read to him!

But, wait! There's one more!

With us, only a pair of four year old boys qualify as "middle kids." The third family has no "middle child." Huh? How is that riddle even possible? Well, try not one, but two sets of twins! In that fam, there's privilege at both top and bottom: "Oh my! What those handsome young men have accomplished today!" and "Oh dear! How pretty and talented can those little ladies be?" Nobody's complainin' in that family! (Especially mommy, the aforementioned firmly-in-command "oldest child," now smugly enjoying the middle-kid-dilemma-dodge!)

I am out of suggestions here. I make no presumption to hand out advice or solace. I don't often see exhibited distress from our middle kids. For the most part, they both enjoy duel roles as best buds to older sissies, as well as "boss man" to little brothers. But I am prone to magnify things and rush in to fix stuff that might not even need fixin' (just ask grandpa! he'll fill ya in!), so I make special provisions for my own middle kids. They're invited to special "Drop-In-Days" at grandma's where it's all about them. Just them. Lunch and a craft. Play time, too. No older sibs to show-and-tell 'em how things are done around here. No giggling littles to snatch a paintbrush and run. 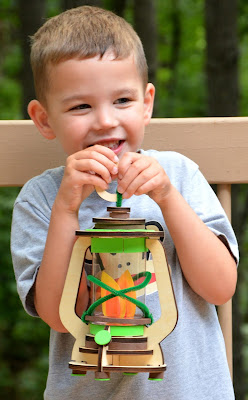 They seem to enjoy it, demanding a return really, really, really soon for another round of being "the oldest," "the youngest," and "the middle kid," all in one happy package of smiles and fun!


I've pictured Austin (top) at last week's event. He joined cousin Ryan (above) for a Kiwi Crate assembling session. We made cool lanterns followed by lunch and a squirt gun fest. I captured the moment middle kid Austin applied a sticker sheet remnant to his face and asked, "Do you think this is funny, grandma?" Well, of course I do, sweetie! I think everything about you (both of you!) is funny and cute and heartwarming and creative and just the most special thing I've ever, ever seen anywhere! And I am very happy and privileged to be right in the middle of it!
Posted by J at 10:26 AM