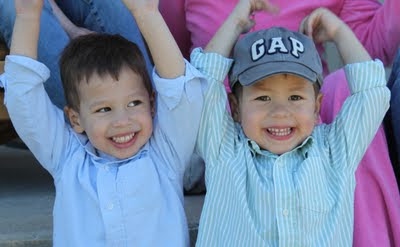 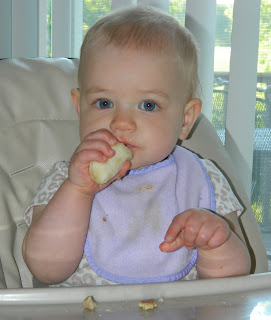 I like to do things in multiples of three. We have three lovely daughters who brought home three handsome sons-in-law who presented us with three beautiful grandchildren..... I also have six (yes! 6!) crazy cats, but only one husband. More about them later on, but for now, here are my twin grandsons, Nick and Sae, who were born on August 29, 2008.

And, can you believe that on the very same day, two years later, my third grandchild was born? Her name is Brielle and here she is!

These three make it official: I am a grandmother! Let the fun begin!


2017 Update! Lots of wonderful things have happened since I posted this intro in July of 2011. Seven additional grandchildren have joined the pack, bringing my total to ten. To the three featured above, a pair of twin sisters for the boys, Ava and Angeline, arrived in 2012. Cousin Kaylee, came along in 2013, and her little brother, Ryan, joined the party in 2014. They'll be joined by a third sibling in July of this year.* In the meantime, things got much livelier at Brielle's house, too, with the addition of little brothers Austin (2014) and Channing (2017).
*Grandkiddo #10, Tyler, came in with a bang for us on the Fourth of July!
Posted by J at 7:46 AM